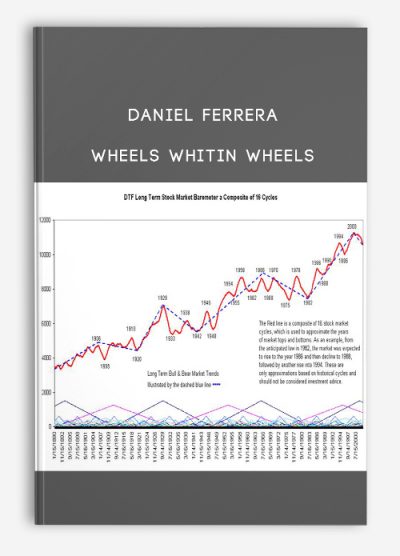 We are happy to announce the release of a new course, by Dan Ferrera, Wheels Within Wheels: The Art of Forecasting Financial Market Cycles.  In this course, Dan breaks down the 16 primary cycles of the Dow Jones Averages, and combines them in Excel spreadsheets to create a composite wave which very closely reproduces the last 100 years of market activity (see chart below).  He explains all cycle lengths, some possible correlations, but most importantly projects them 100 years into the future with the DTF Barometer to give a clear vision of the next 100 years of the Dow Jones Averages.

Get Wheels Whitin Wheels by Daniel Ferrera on bestoftrader.com

Having studied and used cycles in the stock market for some 32 years now, I have come to appreciate their value and consider the study of economic cycles the only valuable tool the long-term investor really needs. Because of this, I was interested in reading Daniel Ferrera’s new “Special Stock Market Cycle Report” to see if he could shed some light on the economic outlook for the coming years and if it differed from my own views. Dan’s report basically explains the long term “Super” bull and bear market cycles and breaks down their subcycles with examples from the past 100 years and then forecasts them 100 years into the future. Most investors would be quite surprised to learn what these cycles suggest for the coming decade and the next two to four years in particular. A knowledge of such major highs and lows is instrumental to wealth creation and I believe that the Rothschilds of Europe specifically stated that they accumulated all of their wealth by simply following the 41-42 month cycle of economic activity which worked for their families for over a century! Dan’s study pinpoints the big highs and lows that come from very regular and dependable cycles and if you are a long term investor or mutual fund owner you will certainly want to know when these “once in a lifetime” opportunities come for stock investing. This report also mentions the more frequent short term cycles of economic activity that can act as a guidepost to the outcomes forecasted by the master long term cycles. If you invest in the market with any long-term funds you will need to know the information in this report. It’s presented as a fairly basic analysis that will serve as a stepping stone to more sophisticated cycle analysis but for the average investor if you don’t know these basic fundamental cycles you will be at a significant disadvantage in the investment arena. For the rather modest cost of this report, I feel it is an investment in the future well worth making.

“Mr. Ferrera has put together a very unique stock market report that clearly shows two dominant long term cycle patterns that have predicted every major Bull & Bear Market Trend for the past century. He then projects this pattern 100 years into the future. I would highly recommend this report to anyone that invests in the US Stock Markets”.

Long-term investing through “Buy & Hold” philosophy can be an excellent strategy for accumulating significant wealth in the stock market, but that strategy and the length of the holding period must be based on the specific cyclic action of the market, not some rigid, “never sell” approach which refuses to adjust to the changes in the market. If you bought for the long-term in 1928 and failed to sell in early October 1929, it took you until 1953 just to break even, and that’s assuming the stocks you bought were even in business 25 years later. Bought for the long-term in 1966 and held? It took you a full 16 years until 1982 to break even ignoring the horrible economic inflation our country experienced . Mr. Ferrera’s report clearly shows how and when these long term investment opportunities present themselves with both historical charts and future projections all the way out to the year 2108. I believe its the best investment I have ever made. In my opinion, the price should be much higher.         V. S.

Mr. Ferrera, who has written several magazine articles for us, has put together a unique stock market report that clearly shows how two dominant long-term cycle patterns have predicted every major Bull & Bear Market for the past century. Mr. Ferrera then graphically projects this cyclic model 16 years into the future and then describes how the stock market is likely to unfold over the next 100-years! In all my years at Tradersworld Magazine, I have never seen anything like this report! This information is absolutely invaluable for anyone that invests in the equity markets, whether it’s on their own or through a company retirement plan. You Can See It Too… In this report, you will literally “see” how and why the markets crashed in 1929 and then again in 1974. You will understand why the market basically traded sideways from 1932 to 1947 and 1974 to 1982. You will see why the stock markets topped in the year 2000 and what they are most likely to do until the year 2018.

Get Wheels Whitin Wheels by Daniel Ferrera on bestoftrader.com 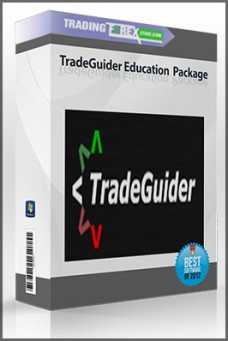 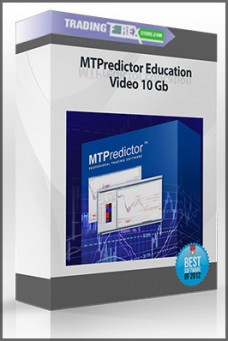 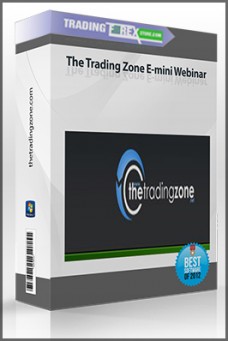